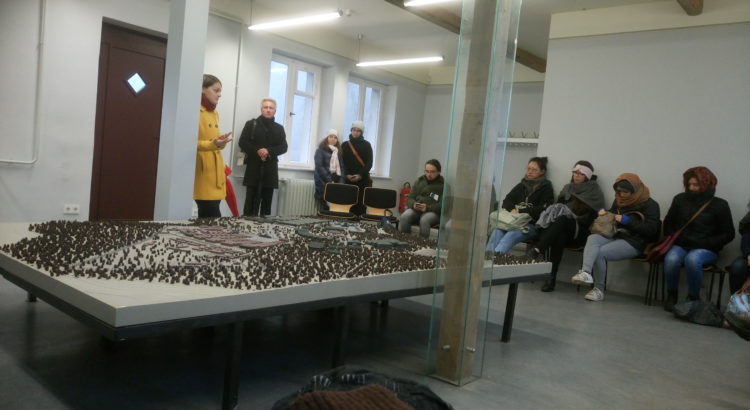 This past October “From Strangers to Friends” together with Erfurt’s very own German-American Club (DAG) made a day-long excursion to the Buchenwald Memorial. Several DAG members and a few local “From Strangers to Friends” partners decided to drive, while the rest of the students and project coordinators took the train, and then bus, to the memorial.

Once everyone arrived, we were shown a short introductory film, in German with English subtitles, and then divided into two groups of twenty people. One tour was given in English and the other in German. After about two hours of walking through the cold foggy weather, we warmed ourselves in the cafeteria with hot food and drink.

On the way back to Erfurt, by both car and train, many students took the opportunity to visit Weimar.